Adam & Eve is the most recent of Frank Harwood’s murals, commissioned as part of the Glastonbury Mural Trail. This breath-taking mural can be found on St Benedicts Close in Glastonbury, adorning the end wall of a row of terraced houses.

Frank chose to use Thorndown Wood Paint again as he previously used it on the Waving Woman mural and found it to be very durable with strong colour pigments that are very fade resistant. Having worked in the paints industry himself for many years he was also impressed by the versatility of the paint, finding that it adhered really well to masonry and had a far greater vibrancy to the colours as opposed to masonry paint that can be limited and dull.

Another mural Frank painted on the gable end of a building opposite the Chalice Well, is a beautiful addition to the unique murals that adorn the walls of Glastonbury.

Designed and painted by artist Frank Harwood the Waving Woman welcomes people travelling to and from Glastonbury with a cheerful face. She embodies the rural and bountiful nature of Glastonbury and the surrounding countryside, and the warm welcoming people found in the community of Glastonbury.

Frank used Thorndown Wood Paints in a range of colours from the colour chart and selected RAL colours to complete his palette. He painted straight on to the cement render and loved the finish and how easy the paints were to work with.

You can read more about Frank’s murals here and see more pictures of his beautiful works of art.

The Glastonbury Mural Trail was put together by artist Kim von Coels of  The Krumble Empire, Glastonbury Town Council and the Glastonbury Chamber of Commerce and Tourism. It leads visitors through the colourful town, taking in the works of art that help make Glastonbury so unique.

Known for its individuality, Glastonbury is often a beacon for creatives and we are delighted that the town has got behind this mural trail.

A mural was commissioned to mark the start of the trail in the main car park outside the information centre. The Avalon Marshes Mural was unveiled on Tuesday 6th August 2019 at St Dunstan’s House, 1 Magdalene Street where the Glastonbury Tourist Information Centre is housed.

Kim enlisted renowned artist, Jonathan Minshull, who has produced many stunning pieces during his career including numerous murals in the UK and California.

It’s not every day that you get to work with an international artist, so it was an utter privilege to have someone as talented as Jonathan Minshull work with our Wood Paint.

Jonathan has worked in various mediums including oils and acrylics but this was his first time working with a wood paint. Using marine ply wood as a canvas, and a local artist studio as a base, Jonathan created his mural of the Avalon marshes.

After a little experimenting and familiarising with the nature of the wood paint, he found “the paints really good to use and have a real vibrancy in the flesh”. The way that he worked with the paint was very reminiscent of an oil painting. Jonathan used a selection of 11 colours from the core colour chart and a bright grass green selected from the RAL Design colours to build his main palette, mixing together colours to create every shade.

He found the strength of the colour pigments really high and the quality of the finish to surpass that of traditional oil paints, so his future external murals may well be created with Thorndown Wood Paints!

The final piece is a stunning representation of the marshes so akin with Somerset, with the iconic Glastonbury Tor in the background and local wildlife celebrating the vibrant nature in these parts.

It was an honour to be a sponsor for the Glastonbury Mural Trail with Thorndown Paints, supporting a fantastic event for the town and working with such a wonderful and talented artist, so much so that we ended up sponsoring another mural to be painted on a wall by the fabulous artist Faye Suzannah!!

Kim painted a base coat of Adonis Blue Wood Paint on the wall first, covering over the old purple and providing a fresh and pretty sky blue as a backdrop to the sunflowers. Although not specifically designed for masonry, our Wood Paint adheres well to masonry, terracotta pots, metal, uPVC and plastic. Normally we would advise using a multi-purpose primer if painting on these substrates to help the paint adhere but on this occasion our wood paint was painted directly onto the previous paint coating which will have acted like a primer.

The transformation is stunning and her design cannot fail to bring a warm smile to anyone that looks on this beautiful piece of art. A sunflower even came out in appreciation of her design! 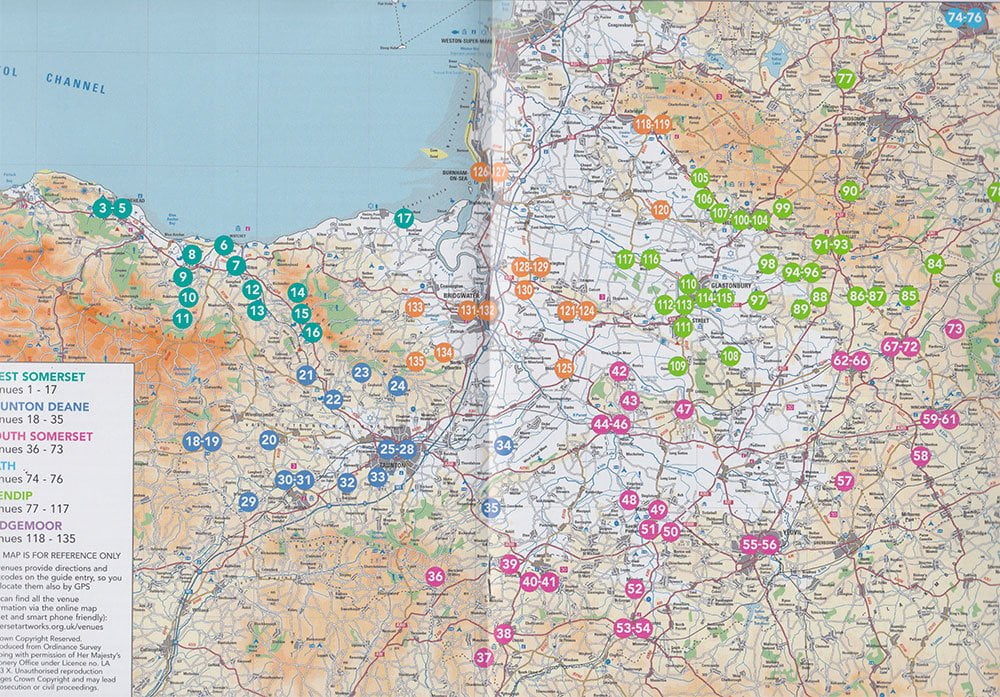